Jun 04, 2019  Starting with macOS Catalina and Xcode 11, developers can create a Mac version of an ‌iPad‌ app using UIKit, an Apple framework that until now was intended solely for iOS apps. Rumours about “project Marzipan” — the common development environment that would allow developers to create iOS and macOS apps — have been circulating since late 2017, and last year Apple.

Native Mac apps built with Mac Catalyst can share code with your iPad apps, and you can add more features just for Mac. In macOS Big Sur, you can create even more powerful versions of your apps and take advantage of every pixel on the screen by running them at native Mac resolution. Apps built with Mac Catalyst can now be fully controlled using just the keyboard, access more iOS frameworks, and take advantage of the all-new look of macOS Big Sur. There’s never been a better time to turn your iPad app into a powerful Mac app.

When an app built with Mac Catalyst runs on macOS Big Sur, it automatically adopts the new design. The new Maps and Messages apps were built with the latest version of Mac Catalyst.

Get a head start on your native Mac app.

Your iPad app can be made into an excellent Mac app. Now’s the perfect time to bring your app to life on Mac. The latest version of Xcode 12 is all you need. Begin by selecting the “Mac” checkbox in the project settings of your existing iPad app to create a native Mac app that you can enhance further. Your Mac and iPad apps share the same project and source code, making it easy to make changes in one place.

Optimize your interface for Mac.

Your newly created Mac app runs natively, utilizing the same frameworks, resources, and runtime environment as apps built just for Mac. Fundamental Mac desktop and windowing features are added, and touch controls are adapted to the keyboard and mouse. By default, your app will scale to match the iPad’s resolution. On macOS Big Sur, you can choose “Optimize interface for Mac” to use the Mac idiom, running your app using the native resolution on Mac. This gives you full control of every pixel on the screen and allows your app to adopt more controls specific to Mac, such as pull-down menus and checkboxes.

The new APIs and behaviors in macOS Big Sur let you create even more powerful Mac apps. Apps can now be fully controlled using just the keyboard. You can create out-of-window and detachable popovers, control window tabbing using new window APIs, and make it easier for users to select photos in your app by using the updated Photos picker. iOS Photos editing extensions can now be built to run on Mac. And your app is even easier to manage when it’s running in the background with improved app lifecycle APIs. 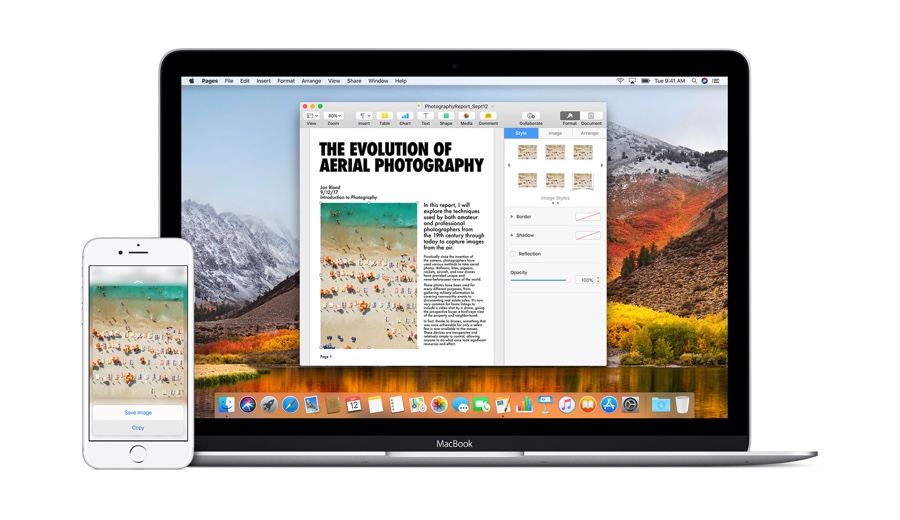 Mac Catalyst adds support for new and updated frameworks to extend what your apps can do on Mac. HomeKit support means home automation apps can run alongside the Home app on Mac. The addition of the ClassKit framework lets Mac apps track assignments and share progress with teachers and students. Plus, there are updates to many existing frameworks, including Accounts, Contacts, Core Audio, GameKit, MediaPlayer, PassKit, and StoreKit.

Download Xcode 12 beta and use these resources to build native Mac apps with Mac Catalyst.

Apple has a problem. Developers are making millions of apps for iPhone and iPad but only a small fraction of those ever come to the Mac. And that includes apps made by Apple itself. Likewise, Apple has teams working on its apps that increasingly have to develop and maintain features across iOS and macOS. Sometimes that causes work to go more slowly than anybody would like. Sometimes it causes a lack of feature parity that nobody likes.

So, what to do? The answer is bringing parts of UIKit, the iOS app framework, to macOS. That way, iOS-style apps can be deployed more quickly and easily to the Mac, and live alongside traditional AppKit apps, web-based apps, OpenGL games, and more.

At WWDC 2018, Apple announced that, no, it's not merging iOS and macOS, but yes, there a project underway to bring UIKit apps to the Mac. That means developers with iPhone and especially iPad apps can more quickly and easily port those apps to macOS.

Apple is testing how this universal framwork works in phases. With Phase 1, Apple is bringing the News app, Voice Memos app, Stocks app, and Home app to the Mac. These new Mac apps are literally just a port of the iPad versions. With Phase 2, developers will be able to start porting and deploying iOS apps of their own to the Mac.

There is indeed an active cross-platform UI project at Apple for iOS and MacOS. It may have been codenamed 'Marzipan' at one point, but if so only in its earliest days.

I just assumed Marzipan was the name for one of the candidates for this project, but that Apple was going ahead with a different candidate. Apple often weighs different approaches, like using AppKit or WebKit for iOS before coming up with UIKit, or other languages or storage technologies before going all-in on Swift or APFS.

I don't have extensive details, but basically it sounds like a declarative control API.

It could be part of a bigger project that, to borrow John's HTML analogy, brings a little CSS to the table?

That's also when the new Home screen and interface design are currently scheduled to appear, which John doesn't think is a coincidence. And is probably not a coincidence.

Wait, why would Apple need a cross-platform developer framework?

Currently, iOS apps use the UIKit frameworks and Mac apps use the older App Kit frameworks. Photos, which launched cross-platform, was implemented using the seemingly one-off UXKit for Mac, and wasn't exactly an ideal execution.

Other companies were using web apps, Electron (Chrome packaged web apps), or progressive web apps to deploy cross-platform. But, like the Java and AIR apps before them, the ease they offered developers was paid for by users who had to put up with a worse experience.

So, something that let iOS developers take their apps to the Mac, with robust Mac user interface support, seemed like the best solution. A new XKit that superseded UIKit and AppKit on both platforms.

It's such an obvious need, it came up in an early episode of my VECTOR podcast with Gui Rambo. We discussed the possibility of Apple making it easier for iOS developers to deploy apps on the Mac. Not just inside the company, but for everyone.

Just look at the incredibly popular iMessage and Safari, and the incredibly useful Notes and Maps. The ones with the most features have the least parity.

What does this universal framework mean for iOS and the Mac? 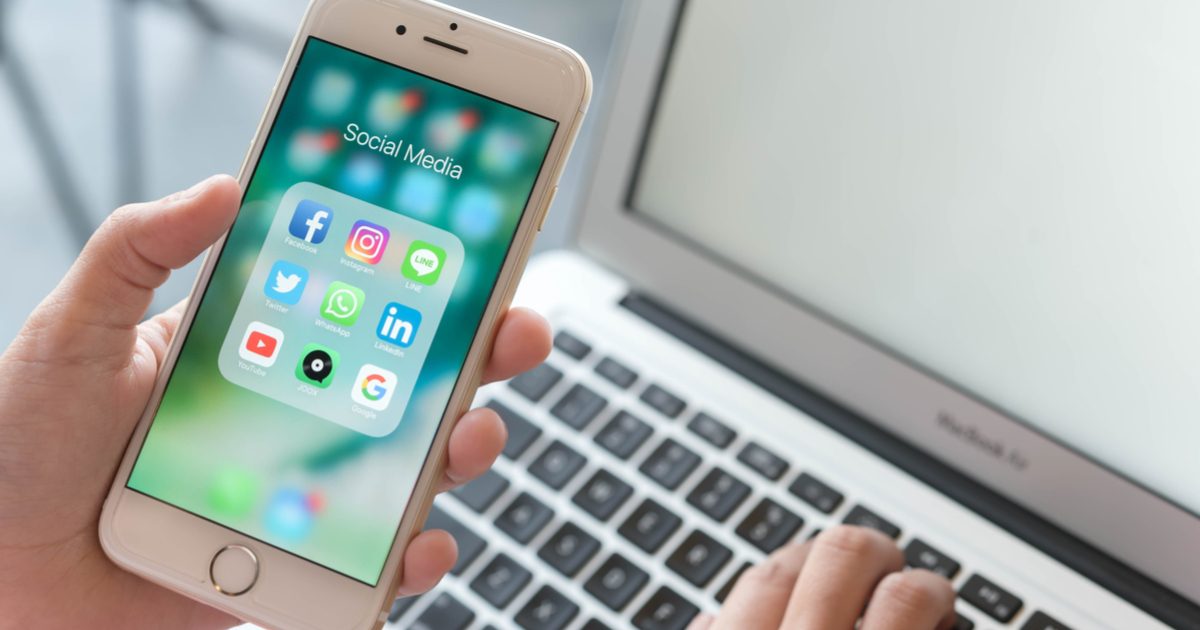 That's a complicated question, and triggers a lot of fears and uncertainties about how Apple sees the future of the Mac. To try and get a balanced view, I also asked Christina Warren, formerly of Mashable and Gizmodo, currently at Microsoft (which has been working on Universal Windows Apps), John Gruber of Daring Fireball, Loren Brichter, formerly of Tweetie (who made his own cross-platform framework, TWUI), Craig Hockenberry of Twitterrific (which once used a custom cross-platform framework, Chameleon), Ben Sandofsky of Halide, and Greg Pierce of Drafts, what they thought:

Opinions ranged for Marzipan being something Apple absolutely had to do, both for itself and for the developer community, to concerns over how it would be implemented and whether it would really benefit the Mac or just lead to the further atrophy of the platform.

When will Apple release this universal framework?

For developers, as soon as WWDC 2019 next June. It will come to iOS 12 and macOS Mojave for us in the fall of 2019 in the form of four Apple built apps that are being ported from iOS to Mac.

These apps are going to be identical to their mobile counterparts, but available on Mac! Once Apple feels confident that this testing phase is successful, we'll probably see a developer update.