It's been a good three years now since I swapped my HP laptop for a Macbook Pro. In the mean time, I've started doing a bit more astrophotography and of course the change of operating system has affected the tools I use to obtain and process photos.

Amateur astronomers have traditionally mostly used Windows, so there are a lot of Windows tools, both freeware and payware, to help. I used to run the freeware ones in Wine on Ubuntu with varying levels of success.

When I first got the Mac, I had a lot of trouble getting Wine to run reliably and eventually ended up doing my alignment and processing manually in The Gimp. However, that's time consuming and rather fiddly and limited to stacking static exposures.

However, I've recently started finding quite a bit of Mac OS based astrophotography software. I don't know if that means it's all fairly new or whether my Google skills failed me over the past years :-)

I thought I'd document what I use, in the hope that I can save others who want to use their Macs some searching.

Some are Windows software, but run OK on Mac OS X. You can turn them into normal double click applications using a utility called WineSkin Winery. 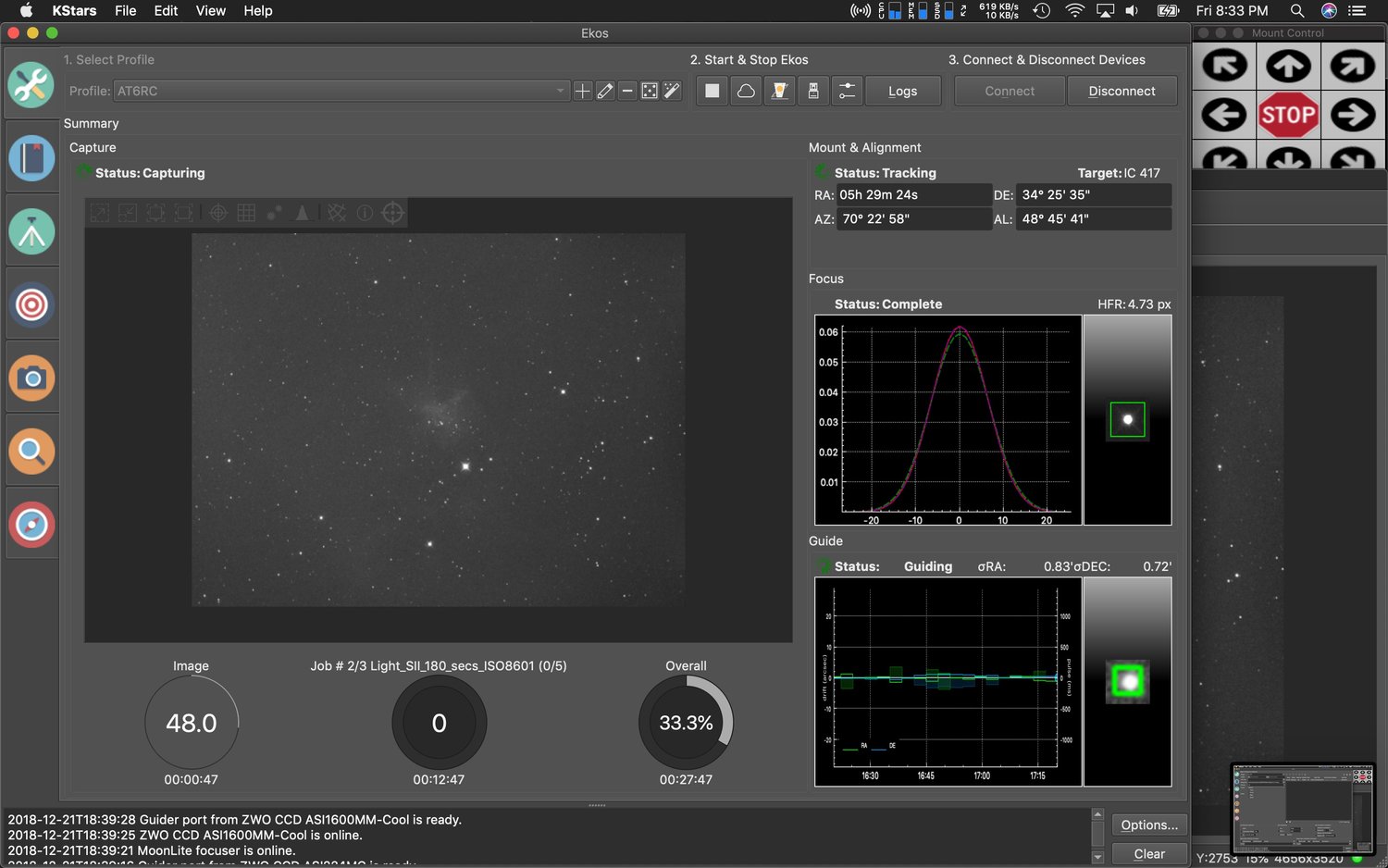 A few weeks ago I bought a ZWO ASI120MC-S astro camera, as that was on sale and listed by Nebulosity as supported by OSX. Until then I'd messed around with a hacked up Logitech webcam, which seemed to only be supported by the Photo Booth app.

I've not done any guiding yet (I need a way to mount the guide scope on the main scope - d'oh) but the camera works well with Nebulosity 4 and oaCapture. I'm looking forward to being able to grab Jupiter with it in a month or so and Saturn and Mars later this year.

The image to the right is a stack of 24x5 second unguided exposures of the trapezium in M42. Not too bad for a quick test on a half-moon night.

I've been fiddling with Nebulosity abit, to try and get it to stack the RAW images from my Nikon D750 as colour. I found a conversion matrix that was supposed to be decent, but as it turns out that made all images far too blue.

The current matrix I use is listed below. If you find a better one, please let me know.